The Duchy of Valentinois

Valence is a commune in southeastern France, the capital of the Drôme department, situated on the left bank of the Rhône, c. 100 km south of Lyon on the railway to Marseilles. Its inhabitants are called Valentinois.

Diane ancestors were among the Comte de Valentinois:

With the permission of Charles de Poitiers, Louis II de Poitiers (d1445) instituted the Dauphin (the future Charles VII of France) as heir to Valentinois, to settle a debt of 50,000 crowns.  From my research, it appears that he expected it to be returned, but that was not the case.  King Louis XII raised Valentinois to a duchy, and on August 17, 1498, Cesare Borgia (d1507) became the first Duke of Valentinois.  His only legitimate child was a daughter, and the title became extinct.

In 1548, the year after he became King, Henri restored the title and lands to Diane, creating her the Duchesse de Valentinois for her life. This was much more than a gift; he was restoring to her the title which should have still been in her family. Upon Diane’s death in 1566 the title again was extinct, as she had no sons.

King Louis XIII of France re-created the title in 1642 for Honoré II, Prince of Monaco. On his death it passed to his son, and then to his grandson, Antoine. Since the title's inheritance was restricted to male heirs, and because Antoine had only daughters, it was due to pass his brother, François-Honoré Grimaldi, but became extinct yet again 1715, when François-Honoré forfeited his right to succeed Antoine. Antoine's eldest daughter and heiress, Louise-Hippolyte, married Jacques-François de Goyon-Matignon, who had signed a contract by which he was obliged to take the surname Grimaldi. Louis XV recreated the title of Valentinois for Jacques, who was to succeed his father-in-law Antoine as Prince Jacques I. After Jacques's abdication in 1733, the title passed uninterrupted for several generations from Prince to Prince --  from Jacques to Honoré III, Honoré IV, Honoré V, Florestan I, Charles III, Albert I. In 1919 Albert bestowed the title of Duchess of Valentinois upon his adopted granddaughter Charlotte, thenceforth known as Princess Charlotte, Duchess of Valentinois. In 1920, shortly after Charlotte's marriage to Pierre de Polignac, he took the title of Duke of Valentinois, having already changed his surname to Grimaldi.

Albert's son, Louis II never held the title of Valentinois himself, although he retained the right to succession. When Louis without a male heir in 1949, it became extinct. However, his successor, Rainier III, still claimed it and upon his death in 2005 the title passed to his son, now Albert II of Monaco.

The charming community of Saint-Germain-en-Laye is located just under 12 miles from the centre of Paris. Henri was born On March 31, 1519, at six o’clock in the morning, at the Château de Saint-Germain-en-Laye, with Diane acting as midwife.  Although she had been there numerous times as lady-in-waiting to Queen Claude,  this royal residence now had a very special meaning to Diane.

Louis VI built the first castle on the site. It was enlarged several times, including an expansion by François I. When François I died in 1547, Henri and his court left for Saint-Germain-en-Laye, and it was here that Henri signed the decree giving Chenonceau to Diane.  It was also the site of the ill-fated duel between Jarnac and La Châtaigneraie.

As head of the Royal Nursery, Diane spent every summer at Saint-Germain-en-Laye. Several of Henri and Catherine’s children were born there, and it was there, in 1550 that Louise de Brézé gave birth to one of Diane’s granddaughters, Catherine de Lorraine.

After Henri’s death, Catherine’s astrologer predicted that she would die there, so she no longer used the residence. Instead, she died at the Château de Blois. 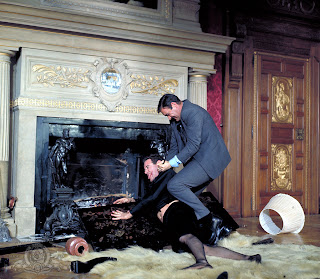 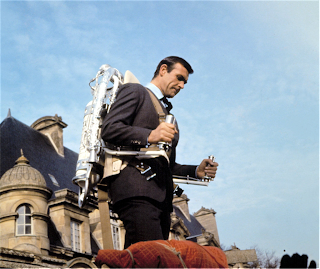 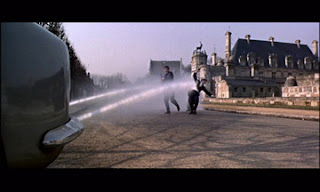 As of the date of this writing, the following YouTube video of the opening sequence is available:
http://www.youtube.com/watch?v=uuTUTbXPf48
Posted by Shari Beck at 07:36 No comments: